Around 80 years ago a campaign was mounted against cannabis, warning of the apparent moral degradation and psychological ills that would befall the consumer of this plant. A scare-campaign film was funded by a Church group and perfectly encapsulates the feeling of the time in its title: Reefer Madness. Much of the fear turned out to be propaganda and as the years have gone by and more and more research has been conducted, we have learnt that cannabis is not the fearsome drug it was once presented to us as.
Drugs have been the subject of artificial moral panics over and over, as people grasp on to the built up urban myth of drugs as a morally corrupting entity which we must prohibit at all cost.
Every decade has had its drug scares and less critically engaged politicians have used these to drum up fear and drive their own careers forward.

The latest moral panic on this mad merry-go-round is the Synthetic Scare. Politicians across Australia have latched on to a small number of incidents involving new drugs, martyrised the fallen and spread on the “Tough on drugs” talk. Recent changes to drug controls in New South Wales have been touted by Fair Trading Minister Anthony Roberts as “groundbreaking” and sure to make a “significant impact”. The new legislation reads almost like a carbon copy of legislation implemented in Ireland in 2010. Unsurprisingly, the Irish legislation has not curbed the demand for psychoactive substances, although consumers have shifted to other products while the new substances undoubtedly end up on the black market, sold as if they are the more traditional drugs you are probably familiar with. Despite the tough-talking rhetoric from politicians like Minister Roberts, more prohibition will still not solve any problems associated with drug consumption.

New Zealand has shifted their view and accepted that people are going to want psychoactive substances other than alcohol, caffeine and nicotine, no matter how harshly politicians can legislate. Their approach has been to prohibit all psychoactive substances unless they pass clinical testing for harm and are deemed to be of low-risk. Once a substance has passed this process, retailers will be allowed to sell the product from an age-restricted premises in much the same way that alcohol is currently retailed. Having learnt from the mistakes of poor market regulation for alcohol and tobacco, the industry will not be able to advertise beyond the point of sale and health warnings will be included on the packaging.

Traditional drugs will not be allowed to go through the process… yet. The world’s most popular illicit substances are controlled by international treaties through the United Nations, providing a significant hurdle for drug law reformers. Although there has been a moral panic drummed up over all of the traditional drugs at one point or another, the science never matched the fearful claims made. The scary tales often ended up being exaggerated anecdotes or completely unverifiable. Even though people are injured and die from all sorts of unfortunate accidents or misuses of things, these often go unreported. Nearly every single death associated with the misuse of a drug is reported widely and sticks around for months or years.

According to a recent report from the Independent Scientific Committee on Drugs, Australia’s most popular illicit substances, cannabis and MDMA (ecstasy) are safer to responsibly consume than Australia’s most popular legal drug, alcohol. It is likely that many of the new drugs are not as harmful as they are made out to be, but we need the ability to test and prove this. More prohibition doesn’t allow us to do this and it doesn’t stop the demand, no matter how tough a politician talks.

The real scourge is that of prohibition and its proponents, not the drugs.

From the past: UK’s The Sun vs. DMT 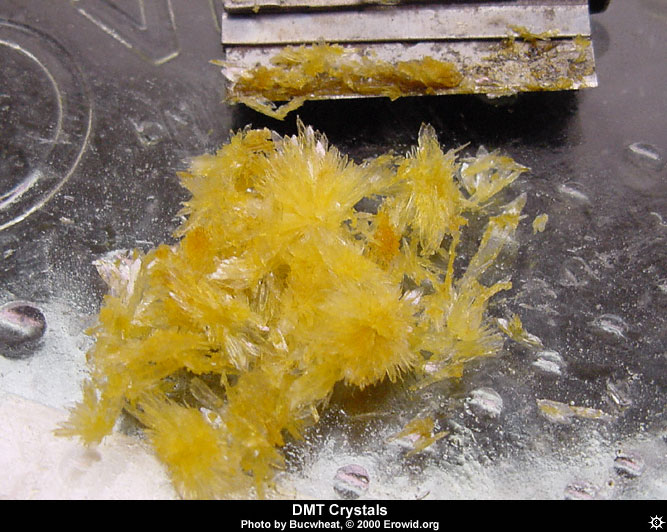