This article is a reply to: 4 Reasons Why Ending the War on Drugs Would Be A Huge Mistake

Recently, PolicyMic contributor James Banks published an article entitled, “4 Reasons Why Ending the War On Drugs Would Be a Huge Mistake.” Banks prefaced his article by claiming that the, “Legalisation crowd’s arguments are based largely on unsubstantiated claims and misleading statistics.” This is a typical strategy of anti-drug folk who want to paint themselves as the real bastions of truth in a world increasingly over-run by nutty drug zealots.

Before I go through Banks’ four points, let me be clear about something. There are risks involved with consuming psychoactive substances. I am not aiming to argue for a legal-drug utopia. The issue of drug regulation is an incredibly complex one which is only just starting to be taken seriously and looked at sensibly. The argument I put forth is that the abstinence-only approach of prohibition has been a failure.

Banks point one: “The Government Spends as Much on Therapy for Legal Drugs as It Does On Containing Illegal Drugs”

Banks juxtaposes two figures in this argument. A Harvard economist estimated that the U.S. Economy could earn $32.7 billion in tax revenue annually from the sale of currently illicit substances, but the U.S. Spends $72 billion every year looking after prescription painkiller addicts.
Banks suggests that this is evidence of legalisation not leading to more responsible consumers.
This is not quite the case. These drugs are legal but regulated and are intended to only be available for those with a valid medical reason. There is no legal recreational market for any of the medicines abused.
If Banks believes that this cost could be reduced by prohibiting these medicines, then patients truly in need would miss out on effective medicines and those who abuse the substances would turn to the black market, as they often already do.
There is certainly a very real problem associated with the abuse of prescription medication that needs to be addressed and the Centre for Disease Control and Prevention have a whole selection of much more sensible analysis of the issue than Banks offers.

Considering Banks opened the article by claiming his opponents use ‘misleading statistics’, this argument was particularly hypocritical.  Banks cited a study by the National Bureau of Economic Research which claims correlation between marijuana use and lower educational attainment.  One important fact I have learned in studying economics and the interpretation of statistics is that association does not apply causation. University of Melbourne economics Professor Jenny Williams makes this abundantly clear (skip to the 29 minute mark for educational outcomes and cannabis use) in a talk she gave on cannabis use.  What Banks also fails to mention is that the apparent correlation only appears in those who begin use when under the age of 18 (specifically – tenth graders). The cited report fails to mention any correlation between those who begin use over the age of 18.  Those who initiate use over the age of 18 are far more likely to achieve educational outcomes similar to an abstainer.
It should also be remembered that a large black market is far more accessible to people under the age of 18 than a legal, regulated and age restricted market would be.

This particular argument relies on the assumption that drug legalisation would happen independent of a reduction in the stigma currently associated with the consumption of currently illicit drugs.  It seems far more likely that legalisation and regulation will only occur when the stigma associated with the consumption of these substances has been significantly reduced.  Banks builds a strawman from here, relying on his perception of drug-use stigma.

The ethics of testing employees for drug use is already questionable… Not the part where employers want to be assured that someone isn’t intoxicated on their potentially risk-filled job. That part’s pretty reasonable. The questionable aspect is when a workplace conducts drug tests on its employees to find if someone WAS intoxicated in the past (say, on the weekend), but isn’t intoxicated while at work.
Perhaps the greatest battle that faces those who choose to consume a currently illicit substance is battling the unrealistic stigma that Banks proliferates in his strawman.

Low socio-economic groups are vulnerable to an array of social problems. Illicit drug abuse is one of those social problems. And the main reason it is a social problem is that people must access an inherently criminal market to purchase their substance of choice.
Banks focuses his argument on suggesting that these people would be MORE vulnerable if drugs were legal and regulated. I suppose he assumes that these people aren’t already accessing the rather sizable black market.
Legalisation and regulation of the black market would remove many vulnerable people from criminal networks they must currently associate with. Perhaps one of the most difficult things a problematic consumer has to face is the social stigma.
Harm reduction organisations often note that stigma is one of the great obstacles to problematic consumers seeking help. This stigma is compounded by the punitive approach of prohibition.

Real drug legalisation would not mean that drugs move to a laissez-faire market model. Real drug law reform requires policy makers to look to the past and learn from previous mistakes on other drug markets, such as alcohol and tobacco. It would also require the allocation of resources toward more honest health and education campaigns. It should be our aim to arm people with the best possible information so that they can make an educated decision for themselves.

Banks suggests that governments should introduce corporal punishment for minor infractions and hire bounty hunters to hunt down ‘drug kingpins’. I’d like to suggest that reducing our executive forces to a bunch of sadistic enforcement agents may not elicit the best social outcomes for humanity.

Just because something is a little hard to figure out doesn’t mean you should throw more punches at it.

Tagged as War on Drugs 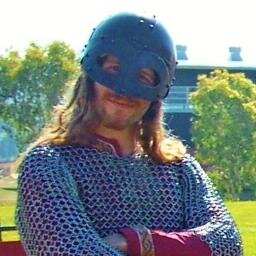