You’re driving to work on Monday, haven’t had a drink since Friday night and the rest of your weekend was restful. You see the latest Victoria Police roadside testing operation, which now includes a mobile hair-sample testing facility onboard the drug bus. The officer approaches you.

“Goodmorning, you have been randomly selected for our roadside hair testing to detect recent drug or alcohol use. I require one strand of your hair, please place the sample in this slip.”

The officer hands you a small plastic slip. You pluck out a piece of hair and place it inside. The officer walks back to the mobile lab.

“Our lab has indicated a detection of alcohol markers in your hair sample. You are now under arrest for driving with detectable amount of alcohol in your system. Please follow me for the purposes of further information collection.”

This is exactly the ridiculous situation people who use cannabis, methamphetamine or MDMA find themselves in.

The current RDT regime has moved far away from road safety goals and become a proxy prohibition battle, focused on catching people who use drugs, rather than people who are impaired or a danger on the road.

LEARN MORE ABOUT RDT IN VICTORIA

There are tests that currently exist which allow for the testing of hair, and can detect drug or alcohol use in the previous 90 days (three months). These tests are marketed as for ‘detecting long term covert use‘ and being particularly useful for ‘zero tolerance drug use environments‘.

Australia’s drug testing industry (from workplace, to RDT, to the proposed testing of welfare recipients) is represented by the Workplace Drug Testing Association (WDTA), which lobbies government and industry for further expansion of ever-more invasive drug testing regimes.

The drug testing industry in Australia engage in a sticky mix of upholding prohibition, while rent-seeking off the back of it.

Read more about the economic concept of ‘rent seeking’ at Investopedia

This industry relies on the war on drugs to sell its wares, which are mostly two things:

Their mantra is one of ‘health and safety’, and they are quick to push drug myths and misinformation in order to maintain a fear of people who use drugs. This is because the reality of drug use does not support the invasive testing procedures that have been rolled out in so many industries and on our roads.

The WDTA was quick to support the controversial proposal to drug test welfare recipients.

“As many as 3.5 million employees in industries including mining, transport, construction, defence, aviation, forestry, fishing, agriculture and utilities face random drug tests as part of their everyday employment conditions…
These figures do not take into account pre-employment drug testing or the random roadside drug testing conducted by police.
These tests are focused on improving safety in workplaces and reducing the risk of drug-related incidents to bystanders in the community.
The number of industries conducting random drug testing is also increasing, meaning tests are becoming an increasingly common feature in the Australian workplace.”

Considering some of the tests offered by WDTA members (such as hair testing) can detect use days, weeks or even months after the fact, it feels a little hollow for Mr. Leibie and WDTA to be suggesting that this is just about ‘improving workplace safety’.

When testing isn’t about detecting impairment, we must ask what it is for. Does your workplace have a right to your bodily fluids or tissue or hair samples if it has nothing to do with your capacity to work that day?

I would like to think that my body belongs to me and there need to be good reasons to compel me to give samples of my body for purposes that seem ambiguous to actually doing the thing I need to do.

There are a small number of legitimate purposes for hair testing someone for use of alcohol, such as if someone has a court order to remain away from alcohol (or other drugs) as an aspect of a criminal charge they have received.

And of course, no one wants impaired people operating heavy machinery in industries such as mining, transport, construction, defence, aviation, forestry, fishing, agriculture and utilities.

But the drug testing industry is engaging in what appears to be purposeful obfuscation of the issue, in order to rent-seek and implement their business model into policing agencies and workplaces across Australia, further wasting resources by fighting the war on people who use drugs and then pretending it’s all about health and safety. 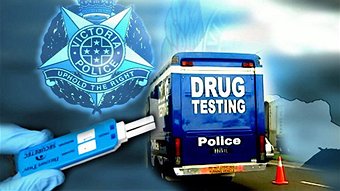