Ash Blackwell has been a grass-roots drug law reform campaigner for nearly a decade. He joined the Drug Law Reform Party in 2013 when it was founded and ran as a candidate for the seat of Wills in 2016.

He was the founding Vice-President of Students for Sensible Drug Policy Australia and has co-hosted the weekly radio show Enpsychedelia on 3CR community radio since 2015.

Ash has a passion for human rights and harm reduction and has been highly involved in several grass roots activities, including; the campaign for pill testing, the High Alert campaign against sniffer dogs, the Victoria Street Drug Solutions residents group campaign for the Supervised Injecting Room.

He has also worked with the New Nicotine Alliance and Legalise Vaping Australia to provide a safer alternative for smokers. 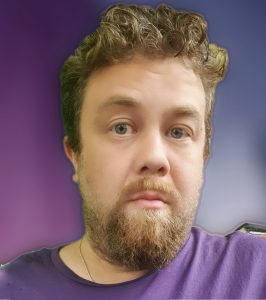 Nick is the producer of 3CR's Enpsychedelia, as well as a law reform advocate and supporter of harm reduction