Nick Wallis is a communications expert, specialising in harm reduction, Alcohol and Other Drugs (AOD) and drug policy work.
Nick’s background as a broadcaster, with experience in both the community and commercial radio sectors, has broadened to include MC/event hosting, video production, webcast producing, webcast hosting and social media manager.

Nick has worked on drug policy issues with the Eros Association and with Harm Reduction Victoria’s DanceWize program.

Organised and hosted 20+ events across venues including the State Library of Victoria Village Theatrette, Cinema Nova, Inspiron Belgrave Community Hub, Cameo Cinemas Belgrave and others across Melbourne’s CBD and outer suburbs. I have also hosted a variety of curated panel discussions at festivals across Victoria.

Along with hosting and producing the event, Nick also curates the audio and visual recordings of each event and ensure they are properly archived and uploaded to our YouTube and social media. Most of the events sell-out, with audiences ranging from 150-300, depending on the venue capacity.

Enpsychedelia began as a bedroom podcast in 2012, eventually becaming a radio show on 3CR from 2015-2021 where it was broadcast weekly on Sundays. Nick interviews people working on drug policy reform from around Australia and the world, covering everything from naloxone to psychedelics. Nick has emceed a range of events, from EGA events to special campaign events like Support Don’t Punish and festival panels at Rainbow Serpent Festival, as well as regular webcasting since Covid-19 and lockdowns.

Nick is one of the founders of the Australian Psychedelic Society.

Among other responsibilities, Nick is a father of two young children and loving partner to Kula. 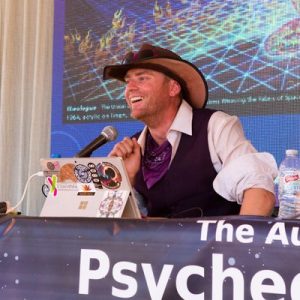