Nick introduces this week’s special, with audio from The Penington Institute’s debate:

Following a series of tragic deaths at music festivals this summer there is widespread debate about whether states and territories should allow pill testing. Supporters say it will save lives, while those opposed are concerned testing won’t actually help.
Are there problems with the tests?
Could they could give a false sense of security?
Or should we give pill testing a try?

To understand what the issues really are, and to shed more light on the debate, Penington Institute is hosting a public information forum with specialist experts to air the pros and cons of pill testing. You will hear the evidence on pill testing from recognised authorities for and against, as well as the story of one Victorian mother whose son died following an overdose at a music festival. Expert speakers were: 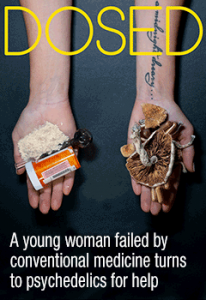 This panel was held at Cinema Nova in Melbourne on Wednesday the 28th of August 2019.

It followed a screening of the movie Dosed.

Panel hosted by Cam Duffy from the Australian Psychedelic Society, with panelists: