GDS is an efficient approach to gain content rich data that explores diverse health outcomes associated with the use of drugs and alcohol across the population of your country. GDS can help you add numbers and depth to the findings of more rigorous, though less detailed and smaller, survey findings.

And take the Penington Institute’s short survey on drug use patterns here. 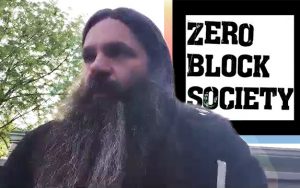 The ongoing opioid crisis has taken thousands of lives and British Columbia, Canada has been one of the hardest hit regions in the world. Much of the frontline harm reduction work has been community led. But crisis response takes a toll on the worker. Get connected and equipped by those who have been there.

We hear from two of the five speakers at this month’s Yarra Drug & Health Forum. Watch the full forum on YouTube.

How is Victoria Police enforcing the COVID-19 restrictions so far?

A short segment from 3CR’s Done By Law (Tuesday, 6-6:30pm) is played, talking about the challenges to our civil liberties during the pandemic and subsequent government response.

Background music used throughout the show from M&Ms